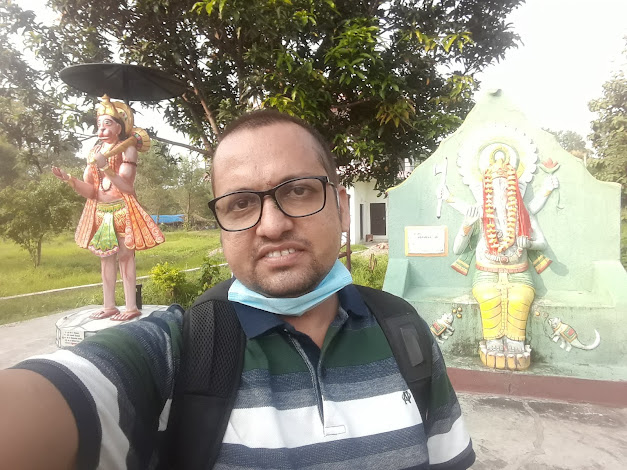 Cosmic energy is the universal world energy which is in infinitive amount in cosmic world & spread in the whole universe. It can not be seen by naked eye but it is available in whole universe. What are the facters that affects amount of spirituality?
- There are different facters eg. food, thought, life-style & more.
1. Food: Type of food affects the spirituality. Eating more chillies, more salty food may decrease the amount of spirituality where as taking soft - taste food could increase the positivity of spirituality. It is assumed that the person who takes light food, fruits may become more spiritual than who eats meats & non-vegetarian. Spiritual leaders do not recommend people to have the non-veg food not to decrease the positive energy of spiritualism but this is in decade that doctors says taking chicken & eggs gives proper energy to the body and it should be essential for growth, development of the living body.
2. Thought: More you think good, you could be more spiritual. Negative thought slowly starts to destroy the amount of spirituality. 'Ahimsa Paramodharma' said by our hindu Guru Ji's explaining that no one should hurt anybody physically or mentally.
3. Clothes & Life-Style: Way of surviving style may affect the spiritual activeness. Ancient spiritual Guru Ji's wear yellow & white cloth to be more spiritual but it may not be possible for common people. However, white or light-yellow cloths makes the person more spiritual.

Is human vegitarian or non-vegitarian?
- Spiritual leaders says that being non-vegetarian is not good. According to them eating chicken or meat negatively affects body & they says that it is said to be harmful to our common health or spiritual health but in fact, is human vegitarian or non-vegitarian - this question could solve this issue.
Biologically, non-vegetarians like lion, dog etc have their strongest & sharp teeth so as to pierce the meat and break down it, where as human could not have like that so. But in addition, human has the skill to break down the meat and make it easy to chew and digest; suggestively, people cook the meat properly and eat it. Is not a proper idea to make the delicious and digestible meal? Some people says the god made human not for taking meat.

My Experience on Art of Living - Sudarshan Kriya:
Art of Living is the spiritual organization accelarated by Sri Sri Guru Ravi Shankar. He is the spiritual leader among india & in many more countries. 'Sudarshan Kriya' whole process is the advanced breathing technique by which amount of oxygen is made increased in the inner body of a person. Access amount of oxygen in brain, blood and whole body not only gives freshness on the body but also gives relief to the mind. Stress hormones are neutralized, hence feeling of calmness & relief. Such an experience I felt in Art of Living's Sudarshan Kriya. Olders bad thoughts were gone. I was happiest when I opened the eye after complete procedure.
Sudarshan Kriya also rises the Kundalini Energy which is situated in human body invisibly. Modern science has not explained Kundalini. It is only a part of ancient yoga technique. When the kundalini energy rises, you feel greatest experience of calmness. You feel that full power of god. Just doing one time Sudarshan Kriya may not give you proper k. rising, you need to do more frequently. In summary, Sudarshan Kriya could positively change your life completely if you do this yoga technique very properly.
You do not do it if you are little sick, weak or not properly healthy. If you feel uneasiness, uncomfortable on your mind or mind, stop doing Sudarshan Kriya. I felt both good & bad effect of Sudarshan Kriya Yoga, when I did it next time. The bad effect was that, I got very thirsty, complete loss of energy in body, 2-3 red bull (energy drink) was not balancing the energy in the body. I felt fully unconscious. I was out of this world. I used to see the snakes, dangerous scenes as a dream in the day too. This problem was solved when Spiritual Leader Madam suggest me to pour milk in Shiva Linga. I felt sometime completely spiritual but sometime completely dis-spiritual, feeling angryness with God images & statues but after few days, every thing became balanced.
In final words, Sudarshan Kriya gives to full energy to your body & mind if you do it in the rightest way.